Início // Posts // Avai wins and is leading the Serie B

Avai wins and is leading the Serie B 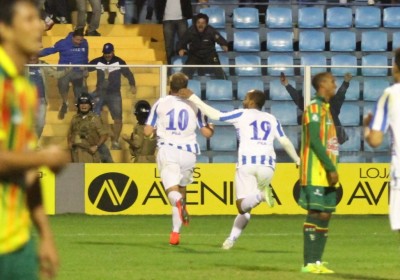 Valid in the 23th round of the Brazilian Championship Serie B match, Avai Futebol Clube striker Heber Araújo dos Santos (23), won the team Sampaio Correa and even leading the competition with 44 points scored. Paulo Sérgio Santos and Marquinhos (2x) scored for Avai and Pimentinha (2x) for Sampaio Correa.

“We knew the difficulties that we had here today before Sampaio Correa. They have not lost six games in front of our fans and only victory mattered to our team. We strive for victory throughout the game and were crowned with victory at the end of the match. The crowd gave our show today here in the surf, “Heber said after the match.

In the next round, after two straight games in the surf, Avai back playing outside their domains. On September 19, at 21.50, the Lion of the Island will face Ceará, in Castellan stadium in Fortaleza.