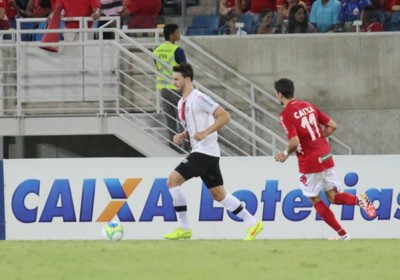 Valid in the twenty-eighth round of the Brazilian Championship Serie B game, Joinville Esporte Clube defender Gutieri Tomelin (23) receives the night this Tuesday, October 07, the team of Santa Cruz in Joinville Arena. The Joinville comes from defeat against American / RN by a score of 1-0, away from home, while Holy Cross won the Good Sport Team by a score of 3-0.

“We have not made a great game in front of America / RN in Recife but I believe that at least we could have come back with a point from there.’s Team will face Santa Cruz in front of our fans and we will do everything to get out with a win in front of our fans . strive Let us further, because we need to win and keep fighting for the biggest goal of the year that is access. Our fans deserve, “Guti said after training this Monday.

Joinville and Santa Cruz face off on Tuesday, the 21:50 am, at Joinville Arena.