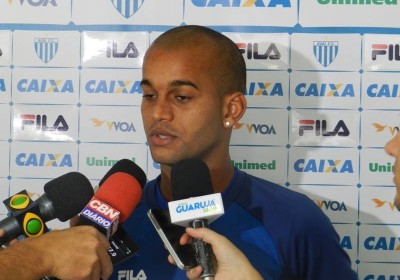 The Avai Futebol Clube, the attacker Heber Araújo dos Santos (23), won the team playing at home in Vila Nova / GO by a score of 2-1 and reached the leadership of the Campeonato Brasileiro Série B. The match was valid for the twenty-second round of the national .
“Happy too to reach the championship lead. Our team is united and know very well what you’re getting in the competition.’s Championship is very balanced and we will do everything to win the biggest goal of the year that is access to series A Year coming. Hopefully the fans seek access along with us, “Heber said after the match.

The Avai currently occupied by the leadership contest with 41 points won and comes with 40 followed by Joinville and Vasco da Gama with 39 In the next round, Avai back to play in your home, in the surf, this time before the Sampaio Correia, at 19:30 on 16 September.