Início // Posts // Guti speaks about the victory against Nautico

Guti speaks about the victory against Nautico 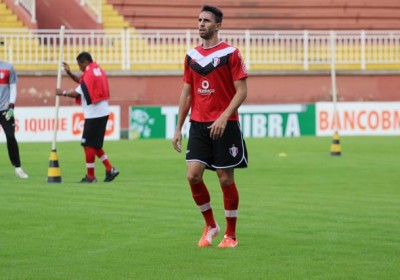 Valid in the twenty third round of the Campeonato Brasileiro Série B, the Joinville Esporte Clube, defender Gutieri Tomelin (23), went to Recife and Nautico won the team by a score of 2 × 1 and reached 43 points scored, ranking second position in the championship. The striker Edgar Junior scored the goals from  Joinville while Sassá scored for the hosts.

“We played a good game. Nautico was growing in the competition and this victory made ​​them stay farther from the G4. We played in a very organized manner from beginning to end of the match and comply to the letter which was determined by professsor Hemerson Maria. This win keeps us in contention for the lead and I’m sure the Arena Joinville is crowded in the next round before the Atlético / GO, “Guti said after the match.

The Joinville back on the field next Friday, September 19, 19:30 am, at Joinville Arena. Facing staff Athletic / GO which occupies the eleventh position with 32 points scored.